Are pets killed because of the epidemic in China?

Nilgün Yılmaz27/02/202017:08
Yorum yok
CLAIM: The photos show that some Chinese people have killed their pets because of the fear that they can spread the coronavirus.

The claim about the killing of pets in China has been mentioned in both national and international press, which has also been reacted by animal rights activists. The news of France24 taking from AFP claims that the photos show the pets thrown away from windows after the prohibition of having pets by building management because of the epidemic. 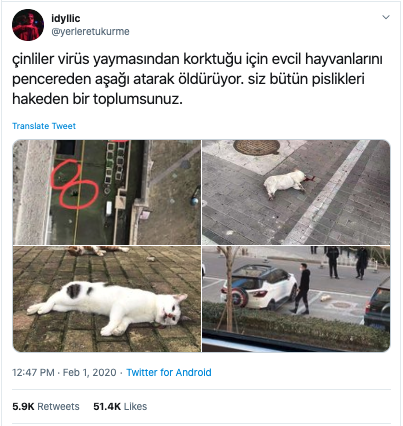 The images are not old. When we search the Chinese expression on the photo, we find a post, dated 30 January in Weibo, a common social media platform in China. The profile called “Shanghai Popular Information” shared both photos and messages of the person sending the photos.

In Guohyuan, a region of Tianjin, the witness heard a voice at 04.00 a.m. and then, when s/he woke up, s/he saw a dead dog and the damage on a car top. The witness claims that the dog was thrown away from the building numbered 11, and then the police also came for the dog. 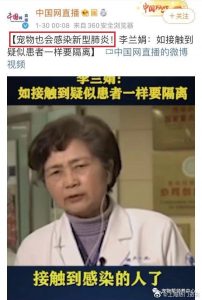 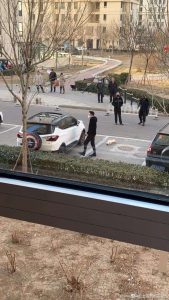 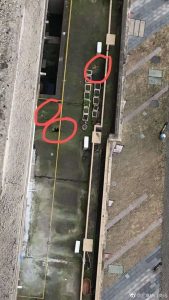 We can confirm the location of dog photos thanks to the information in this conversation. The maps of Baidu, the Chinese search engine, show a building numbered 11 similar to the descriptions in that location. We can see the building from afar. 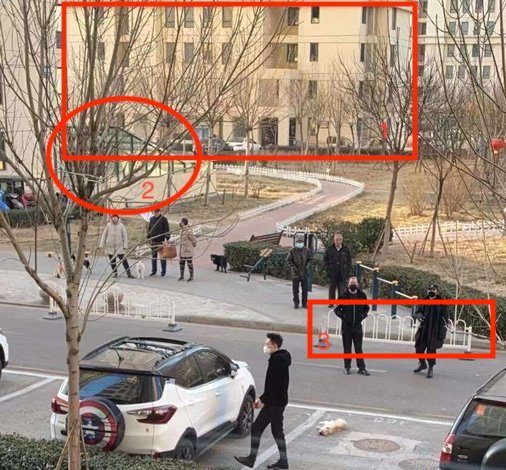 The Chinese press emphasizes the lack of evidence that pets can spread the virus.

Also, the news mentions the possibility that a warning of a Chinese doctor can cause the slaught of the pets. The Sun stated that on Chinese Center Television, Epidemiologist Dr. Li Lanjuan said that pets can catch the virus and they should be put in quarantine they contact with people. However, we have no evidence to prove that the reason for the killings was the expressions of the doctor.

Although there is some news about burning pets whose owners have the Wuhan coronavirus, there is no scientific evidence about which pets catch the virus and have risks to spread it according to the World Health Organization. USA The Centers for Disease Control and Prevention also stated that there was no reason to think pets as the source of the virus.

China has been accused of maltreating animals and hygienic regulations since the beginning of the epidemic; however, there is no evidence about the mass killing of pets.

In conclusion, the claim that a dog was thrown away from a building and killed is true. But, it seems impossible to reach a piece of evidence about the reason for this death.

This analysis was prepared with the contribution of Huinan Ho within the scope of coronavirus content cooperation established under the leadership of IFCN.

New York Times, China’s Omnivorous Markets Are in the Eye of a Lethal Outbreak Once Again, 25 Ocak 2020

USA The Centers for Disease Control and Prevention, Frequently Asked Questions and Answers

New York Times, China’s Omnivorous Markets Are in the Eye of a Lethal Outbreak Once Again, 25 Ocak 2020

USA The Centers for Disease Control and Prevention, Frequently Asked Questions and Answers