Could a video know what would happen in 2020?

The year 2020 is full of facts since the beginning. Even there are claims that there was news of “unknown” origin about 2020. A video was shared by an Instagram account named Zenlocc on April 21, 2015 predicted what would happen in 2020 five years ago. The video has been viewed more than 1.4 million times so far. There is also a title opened in Ekşi Sözlük on the subject.

The video, which is less than a minute and has back-to-back images, opens with the Statue of Liberty illustration seen with a mask in its mouth. Then we see various images, including masked doctors and a frame that says “I can’t breathe”.

Due to these images, the claim that the video informs us from 2015 about today has spread. It is also possible to deduce this from comments on the video.

When comments increased on the video, the user who posted the video had to make a statement from the same account. He said that he just edited an animation called “2014 in one minute” prepared by High Def for happenings in 2015 and he could not be a time traveler.

A simple search by key words is enough to find the work referenced in the description. The clips that the Instagram account used to produce a new video can be accessed starting from the 45th second of the original video uploaded to YouTube by the Animation Domination High Def account in December 2014.

It can be seen that the frames used in the video reflect the political and social agenda of 2014, not 2020. When looked carefully, it can be seen that “Ebola” is written in the collar of the skull doctor. The Ebola outbreak that erupted in Africa in 2014 caused the deaths of thousands of people that year, but it did not occupy the world agenda so much, probably because of its regionalism. It can be said that this has been pointed out a bit in this video. 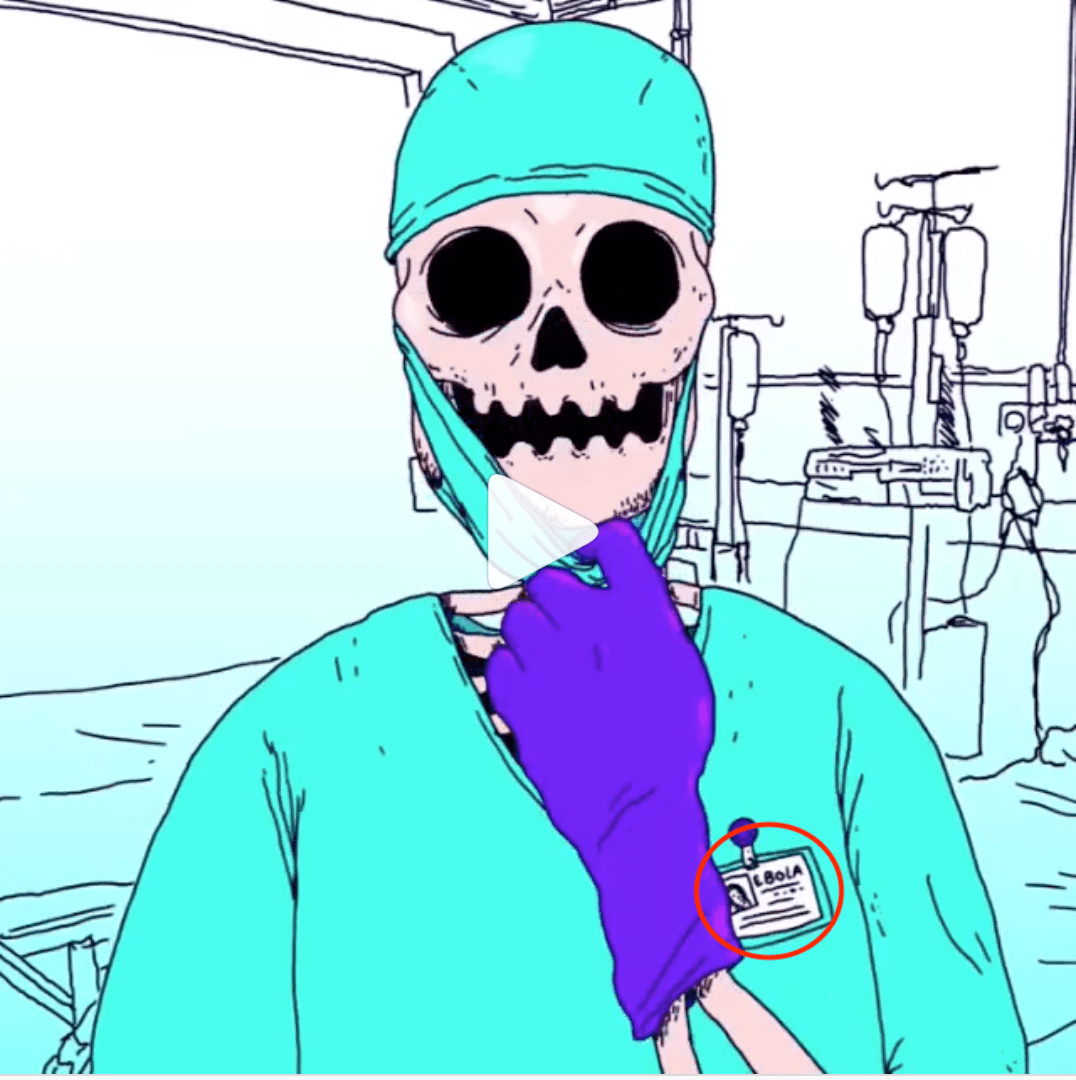 When looked carefully, it can be seen that “Ebola” is written in the collar of the doctor seen in this frame.

The frames in the video, which are suggested to show the protests of the blacks for equality today, also reflect the protests that year. In 2014, police officer Darren Wilson caused death of a black American Michael Brown. After Brown’s death, mass protests started in the USA, especially Ferguson, and the BlackLivesMatter slogan, which can be seen in the video, became popular at that time. The slogan “I Can’t Breathe”, which was identified with the George Floyd protests and was also seen in the video, was also on the agenda. Both slogans can be seen in a 2014-dated video compiled from the protests.

Another detail in the video includes the figures of Barack Obama as the President of the USA. If what estimated was 2020, we would be expected to see something about the current president Donald Trump in the video. His candidacy was on the agenda at that time. 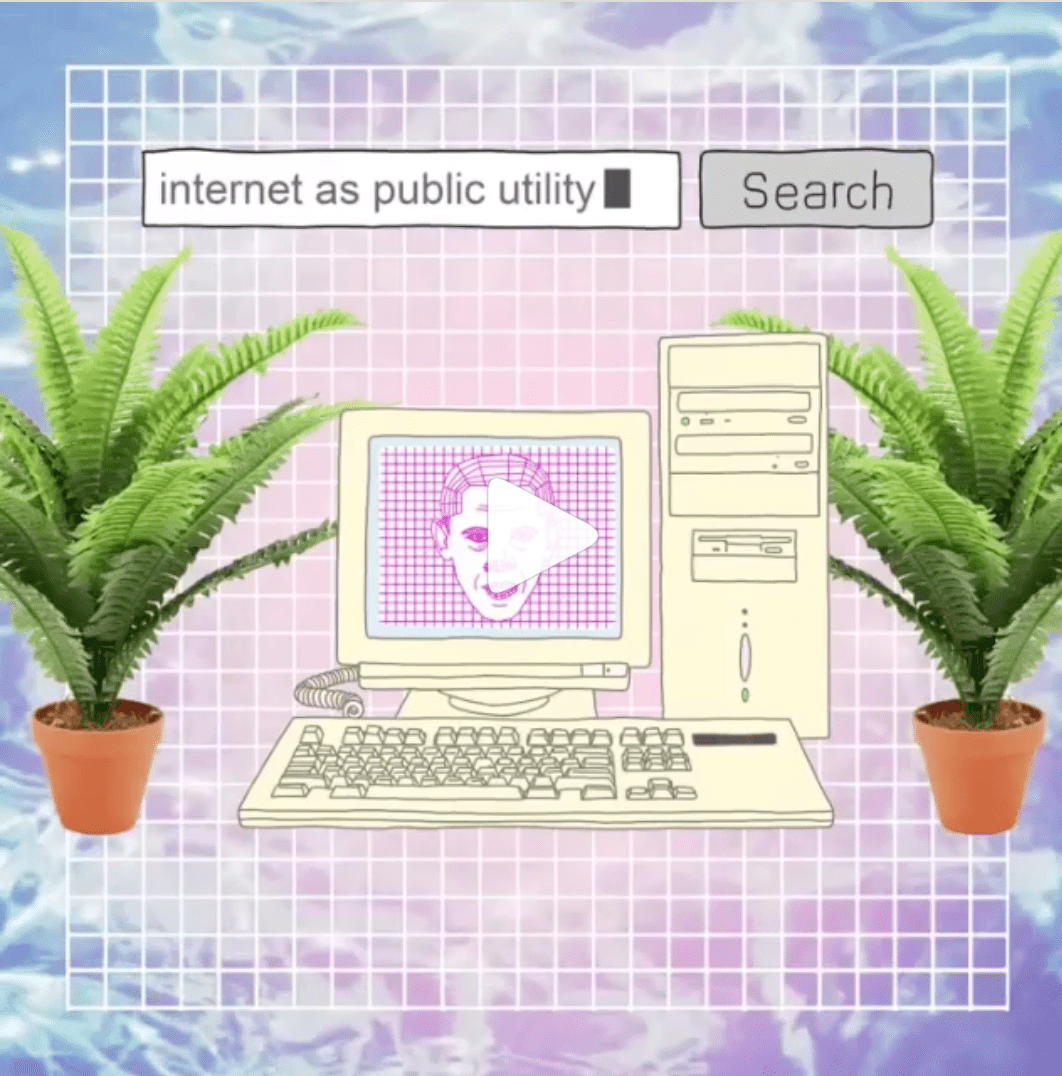 Discussions about racial discrimination and police violence against black people have been going on for a long time in the USA. George Floyd protests are the last case of this chain.

Teyit had previously refuted claims about the various movies, series, books and comic series that allegedly reported the outbreak.

In conclusion, the claim that a video published in 2015 on an Instagram account called Zenlocc describes what will happen in 2020 is not true.

Anadolu Agency, US: Police violence against blacks in near history, 2 June 2020

The Guardian, US police have a history of violence against black people. Will it ever stop ?, 4 June 2020

Anadolu Agency, US: Police violence against blacks in near history, 2 June 2020

The Guardian, US police have a history of violence against black people. Will it ever stop ?, 4 June 2020