Does the photo show the ‘wolf task force’ going to Idlib?

According to the claim shared repetitively on 7, 8 and 10 February 2020 on social media, 50-person task force belonging to wolf troop of the maroon berets went to Idlib on those dates. These posts claim that this force is one of the most special task forces in the world and does not have any casualties. 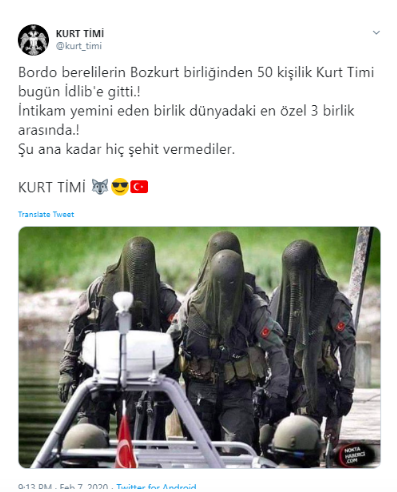 When the photo is searched through a reverse visual search method, we reach the old posts. In a post, dated 2018, the image belongs to the special forces of Denmark (Frømandskorpset). There is no coat of arms with the Turkish flag on old images on the internet. 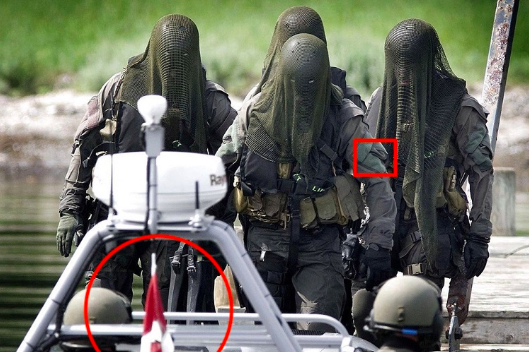 When the word, Frømandskorpset is searched on the internet, it is possible to find many similar photos of the task force. 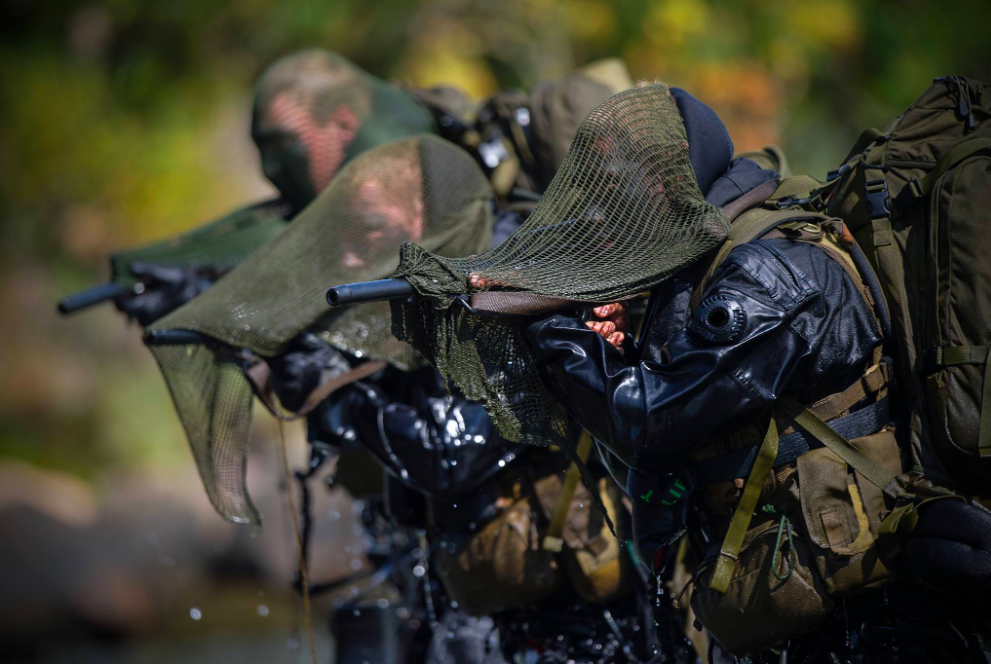 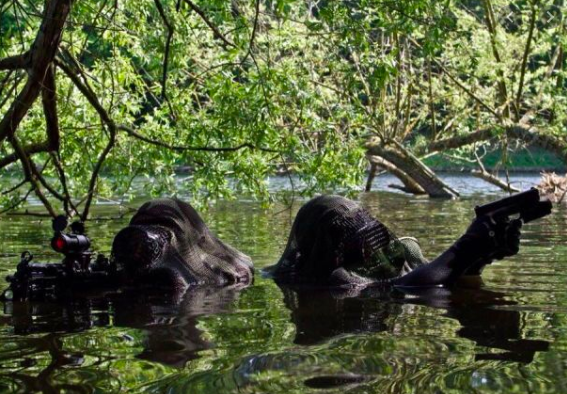 On the casualties of Turkish military forces in the early February 2020, Turkey reinforced observation points in Idlib. But the force in question has not been mentioned by any official source. Also, the maroon berets do not have an official troop called like this. It is only seen in fictional works such as Kurt Timi: Doğu’da Hayat (Wolf Force: Life in East), a book on Wattpad. It was also mentioned in the series, “Nöbet” in Show TV.

The special force of Denmark, Frømandskorpset, is famous for its masks, which sometimes inspire the characters of the video games such as Nokk in the Rainbow Six Siege (2015) by Tom Clancy.

In conclusion, the photo was changed, and the maroon berets do not have such a task force. The post in question is an example of manipulation.

Troab, 16 Fearsome Looking Special Forces and Their Unique Uniforms, 20 May 2018

Troab, 16 Fearsome Looking Special Forces and Their Unique Uniforms, 20 May 2018