Does the report presented to the German assembly in 2012 mention the epidemic of the new coronavirus?

On social media and some news sites, there has been a claim that the report prepared by the German Robert Koch Institute and science boards predicted the COVID-19 outbreak in 2012. In the report submitted to the German federal assembly (Deutscher Bundestag), an epidemic called Modi-SARS and some information such as the spread of the virus that will cause this epidemic and its incubation period are mentioned. 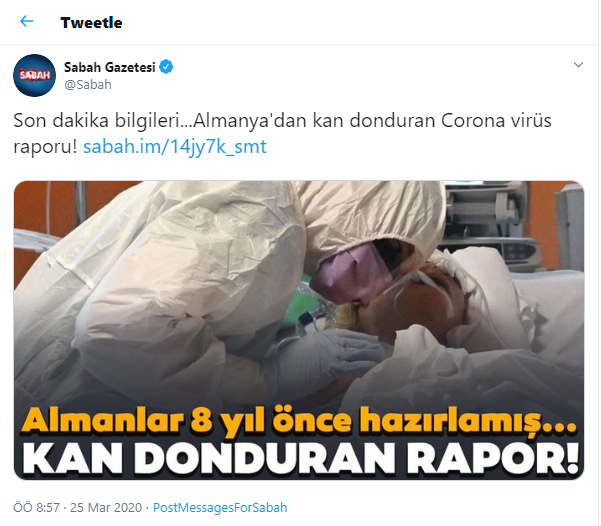 A report titled Risk Analysis and Public Protection prepared by Robert Koch Institute and Science Boards was presented to the Bundestag in 2012. The report was published in 2013 and is on the website of the assembly, which is open to the public. Correctiv, the German fact-checker platform, stated that the report is based on a hypothetical scenario, but it was mentioned as if it were Germany’s secret plan. Correctiv reached the Federal Office for Civil Protection and Disaster Relief via email in Germany. The office reported that the reports on risk analysis were prepared against the possible effects of possible hazards on public order and security in the country.

In the report published in 2012, there are two risk analyses: The first is the risk of flooding, which can occur due to the melting of snow and glaciers in the mountains (Page 24). The other is an outbreak that can be caused by the hypothetical Modi-SARS virus. The developments at the country level and international level of risks are also included in the report. The prediction regarding the Modi-SARS virus is that it can spread between 100 and a thousand years (Page 56).

Let’s look at the information given in the report about the virus that causes the possible epidemic.

Besides, the following statement in the report clearly states that the basis of the assumptions is based on SARS-Cov.

Figure 1 The hypothetical Modi-SARS virus is almost the same as SARS-CoV.

The report says that the Modi-SARS virus can appear at animal markets in Southeast Asian countries. No country or city is specified. So how was this prediction created? The first cases of the SARS outbreak in 2003 occurred in countries such as China, Vietnam, and Hong Kong, and the first source of the virus that managed to hold on to people through musk cats is considered to be bats. In other words, the emergence of the virus in the report is based on previous experience of people. Moreover, many academic studies have been carried out since 2003 indicating the potential of coronaviruses to cause pneumonia, creating a SARS-like epidemic disease.

A report published by the Food and Agriculture Organisation in 2011 also warned that infected animals in China’s animal markets may cause epidemics like SARS (Page 102). In other words, the threat that a coronavirus can pass from bats to humans has been known for a long time. More than two-thirds of 37 new infectious diseases detected in the last 30 years were transmitted from animals. So, it’s not surprising that a virus scenario that will be passed from animals to humans. 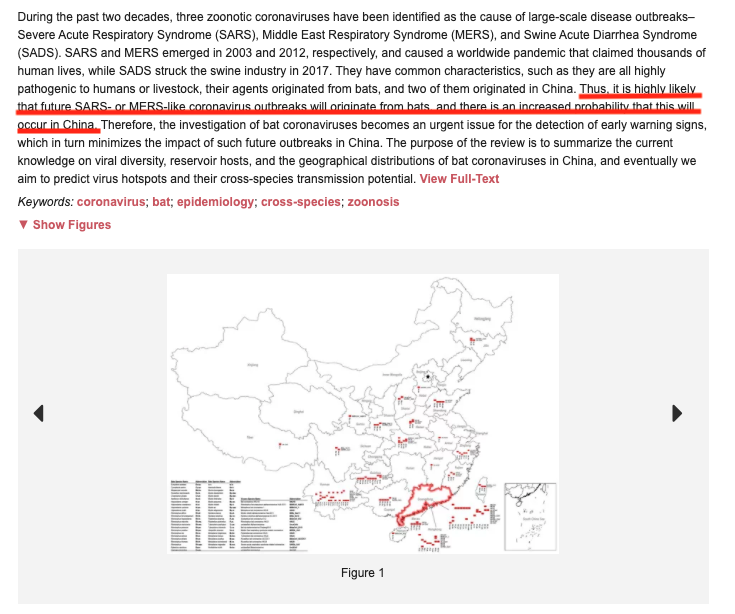 In the scenario, the symptoms of the disease, the incubation period and how it will spread to Germany are also mentioned in detail. It says that symptoms include fever and dry cough, and many patients will experience shortness of breath (Page 58). However, this prediction is natural for those who prepare the report. Because these symptoms are exactly the same as those of the SARS virus.

The report says that the fictional virus will have an incubation period of three to five days, but it can also take two to 14 days (Page 58). This period was 2-7 days in the SARS virus. However, there were also studies saying that the isolation period could exceed 10 days. The report also includes assumptions that the health system in Germany may collapse, serious economic problems may occur in a possible epidemic. This is because the report is based on the worst possible scenario. Germany is not the only country that has prepared pandemic reports. For instance, the pandemic action plan published in 2019 in Turkey was prepared over a possible influenza outbreak scenario and includes measures such as interrupting education when necessary, closing workplaces, and travel restrictions (Page 179).

In conclusion, the report on risk analysis submitted to the German assembly in 2012 was prepared to simulate a possible epidemic and make the necessary preparation. The available scientific data allow for possible outbreaks to be estimated or even modeled. The post in question is an example of misleading content.

Correctiv, Coronavirus: What the alleged “government secret plan” 2012 was really about, 18 March 2020

FAO, Investigating the role of bats in emerging zoonoses, 2011

NCBI, What You Need to Know About Infectious Disease, 2010

Correctiv, Coronavirus: What the alleged “government secret plan” 2012 was really about, 18 March 2020

FAO, Investigating the role of bats in emerging zoonoses, 2011

NCBI, What You Need to Know About Infectious Disease, 2010