Does the video show that they recited prays for the new coronavirus in America?

On social media and some news websites, it was claimed that the video shows that the Quran was recited in the White House to prevent the new coronavirus epidemic in the United States of America. However, the claim is false. The video is a part of the video showing the praying service Trump participated in as a part of his presidency inaugural on 21 January 2017.

When we search the video by the reverse visual search method, we see that the video belongs to the event organized in January 2017. It is possible to watch the whole video of the prayer service USA President Donald Trump attended on Fox 10 Phoenix.

When the video is examined, we can see that Trump and those around him wear the same clothes in the video in the claim. 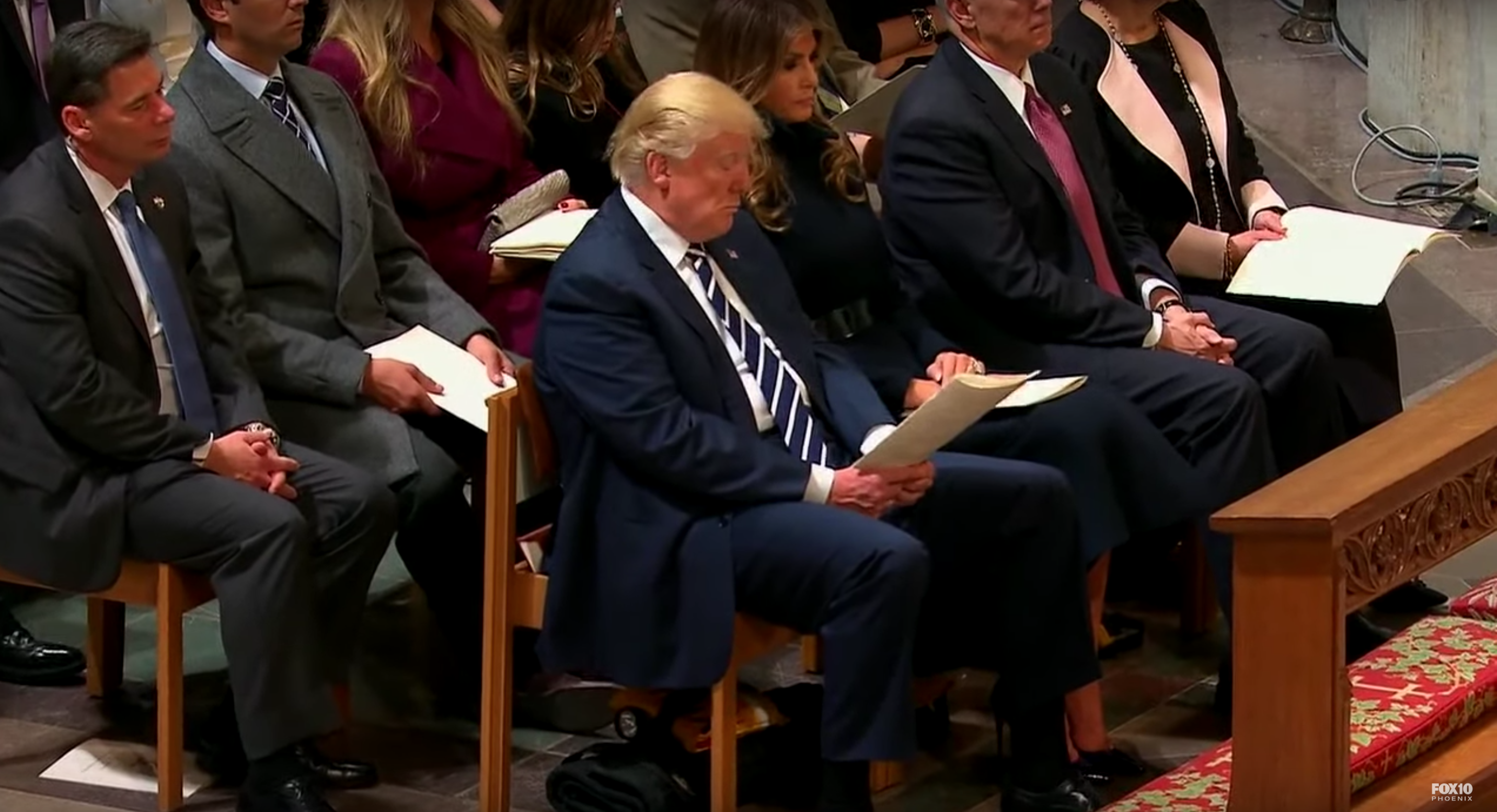 Also, it is possible to watch the same video on a YouTube channel called MoxNews. The speech in the claim starts in the 37. minute of the video.

The event in the video is a part of the ceremony for Trump’s presidency inaugural. One of the characteristics of the ceremony is that representatives from many different religions and sects including Islam participate in and recite their own prays. The person who recited some parts of the Quran in the video is Sajid Tarar, who is the leader of American Muslims and a politician and a supporter of Trump. It is possible to reach the program of the event on the website of the cathedral.

In conclusion, the claim that the video shows that the Quran was recited for the new coronavirus in the USA is not true. The video is a part of the religious ceremony on 21 January 2017 and it is not related to the new coronavirus. The post in question is an example of a false connection.