Tips to get accurate information about coronavirus

Originating in Wuhan, China, the novel Coronavirus outbreak, has spread to many countries around the world and has been on the agenda for a long time. It seems it will remain on the agenda for a little while longer. In such times of crisis, especially when it’s about public health, the risk of disinformation is doubled.

Based on Teyit’s methodology and principles, we choose and prioritise claims on the basis of urgency, importance and virality. In times of crisis like the current coronavirus outbreak, urgency has been favored too. So we had to urgently investigate the content that we had suspected was wrong and prevent the spread of disinformation as quickly as possible.

However, since the crisis originated in China, it is not easy to find accurate information. And following international publications and official sources only helps up to an extent. Reaching primary sources helps get better results. So if you ask about the verification tools we used while investigating claims about a country where the only difference is not the alphabet…

Translation programs are your savior

Since the epidemic began in China, we have to deal with Chinese texts, images or audio recordings in many claims. Those first seconds are a bit scary for anyone who has no idea about Chinese. Having a good command in a second language such as English or German does not help when deducing from Chinese. So our first savior has been translation programs. If you first write a word or phrase you want to search into a translation program and then translate it into Chinese, you are more likely to get the results you want.

And Google Translate is the most helpful among translation programs. Because when you download its app on your mobile phone, it can access your camera and identify and translate text in images. For example, thanks to this feature, we scanned the sign of the hospital, which was claimed to have been built in two days, and after searching it on the Chinese search engine Baidu, we were able to find information about the hospital.

If you have good command in English, it’s easier to translate from or to English. Other than Lens, Google Translate has another feature that can make your work easier. It is the “handwriting” feature. You can draw the letter you see in the image or in text one by one into the program and see the possible letter options, even if you haven’t exactly emulated it. To use the “handwriting” feature on your computer, you need to click on the pen to open the “handwriting” tool. You can do this easily on your mobile phone, too, with just one click on “handwriting”. This feature is very fun and useful for languages like Chinese, Japanese and Russian which have different sets of characters.

Google Translate can understand your drawing even if you draw clumsily!

How can we use Chinese search engines?

We use many search engines, especially Google and Yandex, in our daily lives. But when it comes to a claim about China, it is better to refer Chinese search engines for more and helpful results. A few search engines like Sogou and Haosou can also help. But the biggest of these engines is Baidu, which can be called as “China’s Google.” Baidu has 1 billion users, according to a report published in 2019. Google has 2 billion. Baidu ranks the fourth in the world’s most visited websites in a report by We Are Social in January 2020. It also ranks second among search engines. Google is at the top of the list, as you might expect. So based on this data, it is possible to say that Baidu has a wide network of users. 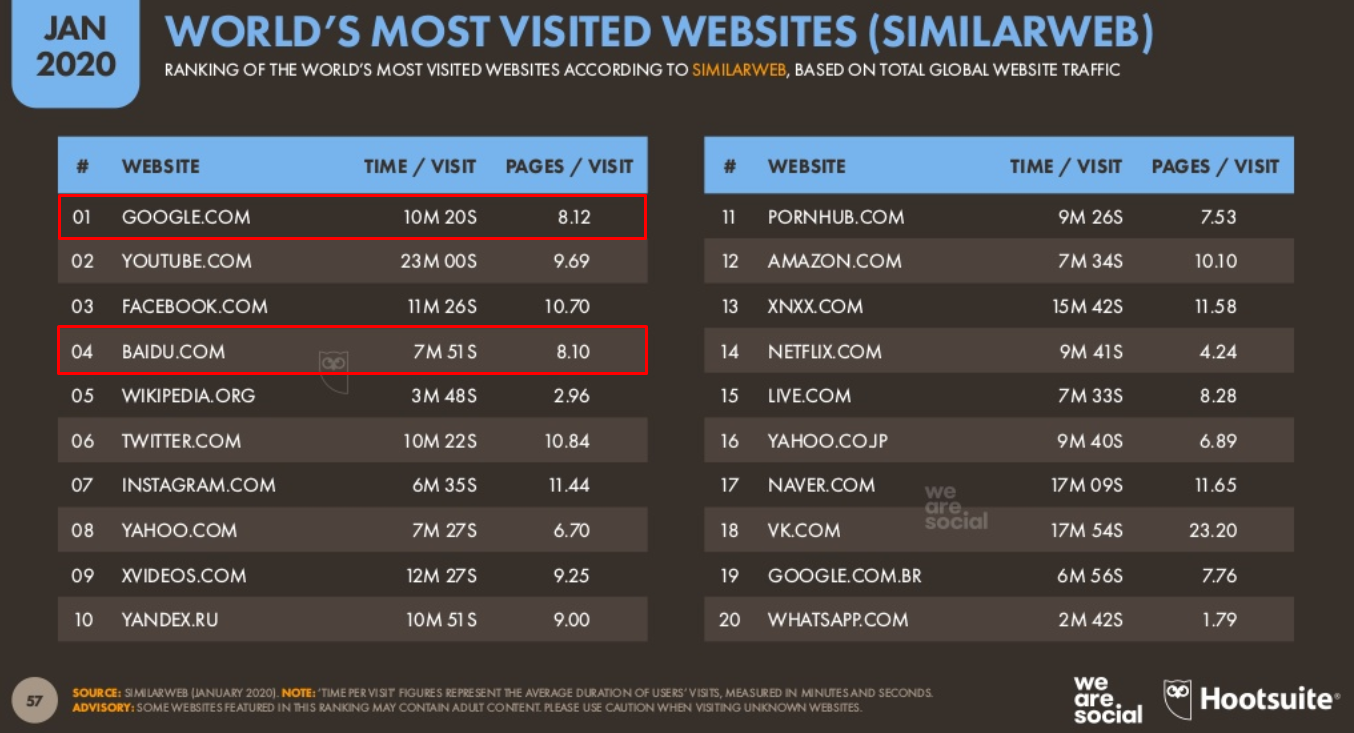 Ranking of the world’s most visited websites, (page 57)

After a few technical information about Baidu, we can talk about the use of Baidu, Baidu Images and Baidu Maps, which we have added to our favorites folder. When you enter Baidu, you see a site with a whole interface in Chinese. Great convenience if you have an application that makes simultaneous translations on your computer. If not, don’t worry. If you think that the word or phrase you have translated into Chinese before you search is correct, you would already have up-to-date answers on the subject. 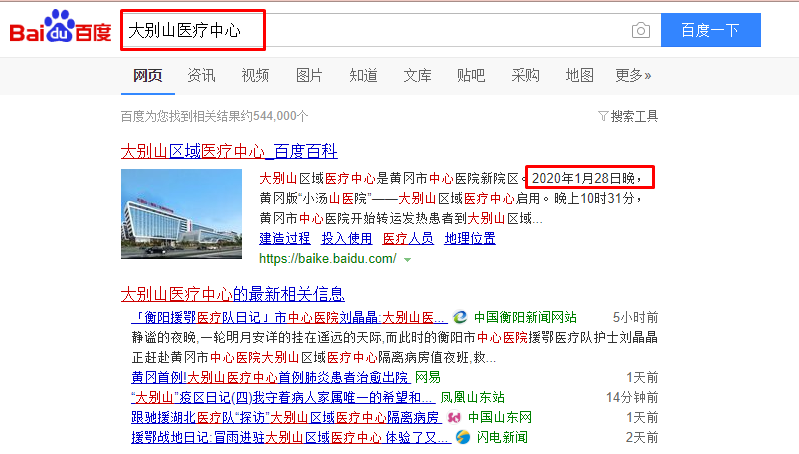 Maps also play an important role within the verification tools. Going back to the claims about the hospital, which is said to have been built in two days, here is one of the most important evidence, a 2018 construction image of the hospital. We have learned its Chinese spelling and that the hospital is in China. After visiting Baidu Maps and writing “Dabeishan Medical Center” in Chinese on the search bar, we found the hospital in the images. Obviously the hospital isn’t constructed in two days.

Baidu Maps has an interface as easy as Google or Yandex Maps we are used to. At the bottom right, there are three options: satellite, map and street view. By clicking on the street view, you can make a digital trip to any place in China.

Many of the claims we have examined about coronavirus have been directed at the photo. What they had in common was an emblem and Chinese writings in the bottom right corner. This emblem belongs to Weibo, the microblogging site used in China, and it is necessary to use Weibo to get to the source of the photos. But there’s a problem: if you visit Weibo on your computer, it shows you posts that are shared within a limited time period. It is possible to reach more and older posts when you use the mobile version.

To be able to use Weibo at full capacity, you need a mobile phone number used in China. By the way, Weibo is also crucial for Chinese news sites. Photographs taken from there are often referred. Weibo, which is similar to Twitter, is also used by China’s leading news channels. Many public agencies have verified and actively used Weibo accounts. According to We Are Social’s 2020 report, Weibo ranks tenth with 497 million monthly users. 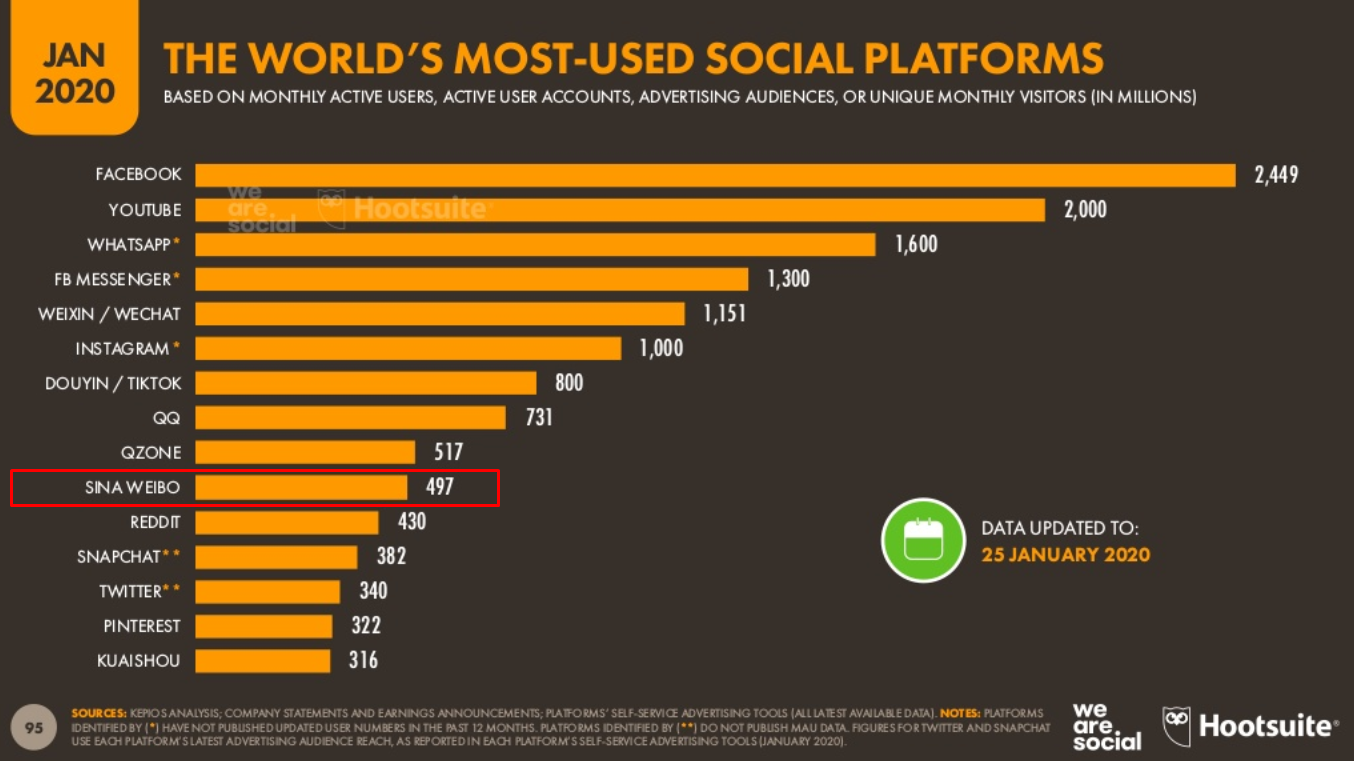 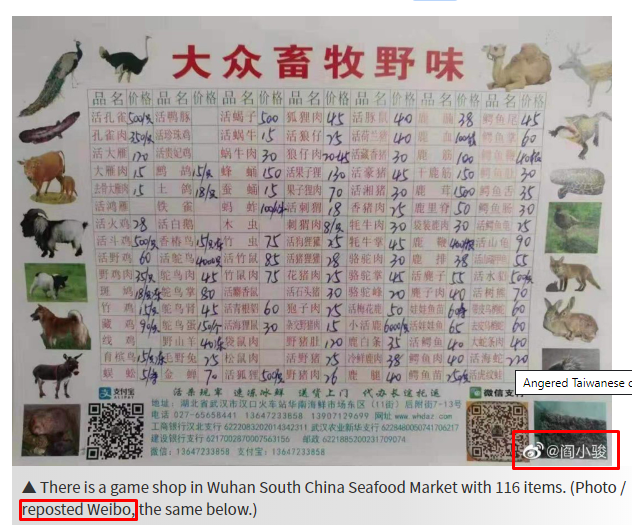 A news photo on which Weibo is referred

China is a country where it is very difficult to obtain information if you are not using its local sources. In China, apps such as Google, YouTube, Facebook, and Instagram are banned. This is why the country has its own social media apps, which are sources of a lot of content. One of them is WeChat, a messaging app. This app is used by an average of more than a billion people around the world. It ranks right after apps we are familiar such as WhatsApp and Facebook Messenger and ranks fifth in the world. So WeChat is very important to communicate with China. 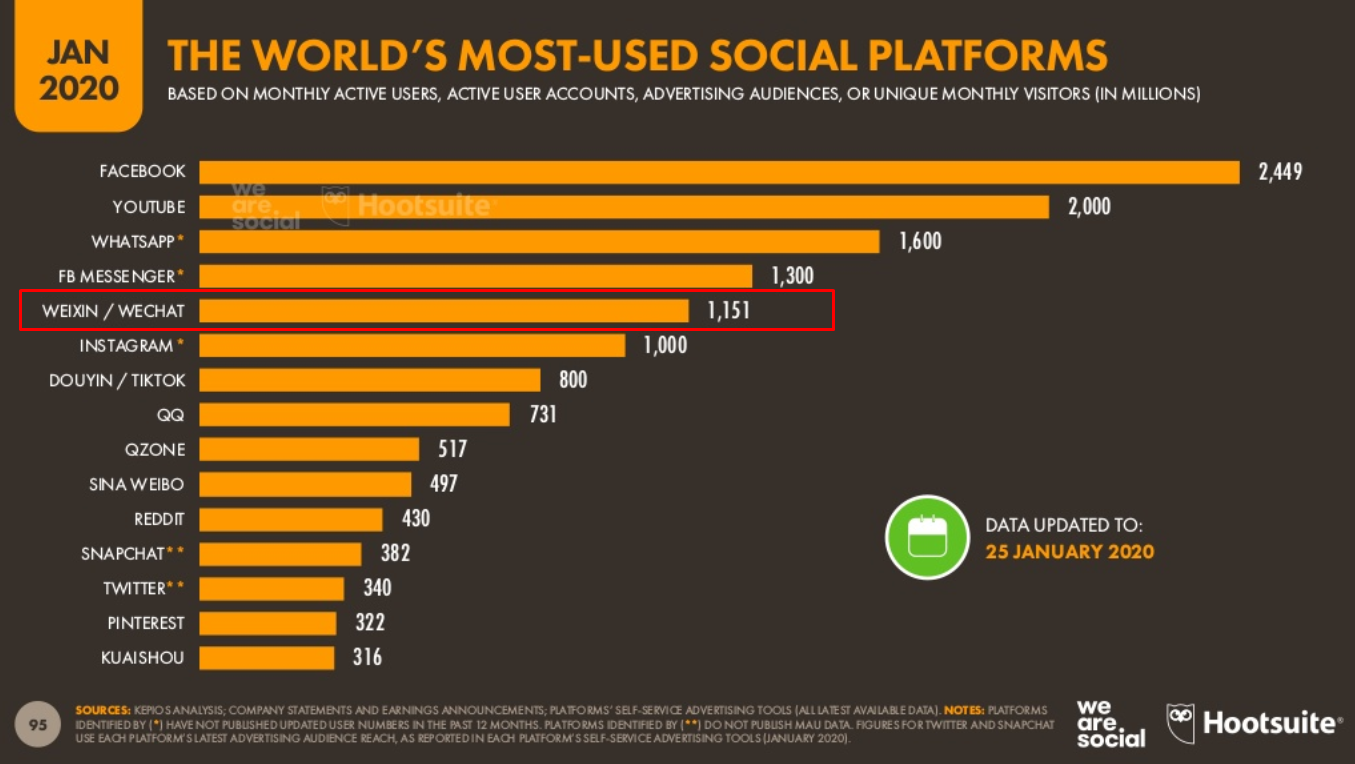 Ranking of the world’s most used social platforms, WeChat (page 95)

China’s commonly-used video sharing platforms are also quite important. These are Youku, Tencent and Haokan Baidu. In our searches for suspicious videos, we have been able to access a lot of old videos from these platforms. These platforms also facilitate access to some news in the Chinese press. That’s how you access the coronavirus-related publications on Chinese television channels and social media.

In short, since coronavirus entered our lives, there has been a drastic shift in the verification tools we use. We most probably needed an intensive Chinese course to adapt to this situation! But it was much faster to use tools that lead us to reliable information in no time. In other words, verification tools were saviors in times of crisis.

Dragonsocial, “Top 5 Chinese Search Engines You Need to Care About”, 2019

We Are Social, Digital Report 2020

Dragonsocial, “Top 5 Chinese Search Engines You Need to Care About”, 2019

We Are Social, Digital Report 2020