Will the sun rise in the west since the magnetic pole of the earth shifts?

Some posts in the social media claimed that the sun will rise in the west because of the shift in the magnetic pole of the earth. The tweet, dated 5 February 2020, got 5,000 retweets and 15,000 likes. Some newspapers such as Takvim and Yeni Akit reported this claim as the validation of a hadith listing signs of doom. 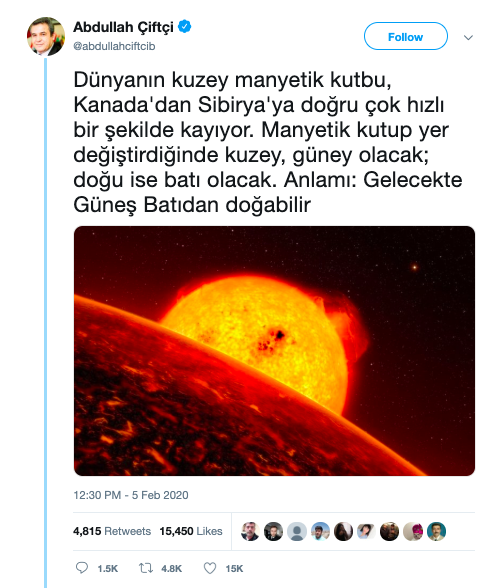 The claims are based on the world magnetic model announced by the US National Geospatial-Intelligence Agency on December 10, 2019. But there is no information in the statement on the agency’s website that the shift in the magnetic field will result in the sun rising in the west.

Since metals like iron and nickel have high magnetism power, the regions near the north pole, where iron and nickel are molten in the nife, have a strong magnetic field. This is also the electromagnetic force that turns the compass needle to the north.

Since the material that creates the magnetic field is molten, it is mobile and the magnetic poles of the earth are therefore not fixed. In order to follow these ordinary deviations, the magnetic model of the world is updated every five years. This enables navigation tools to produce accurate data. The model was last updated in 2015, and this update was supposed to be valid by the end of 2020. However, the field moved faster than expected from Canada to Siberia. As the accuracy threshold required for accurate navigation was exceeded, the update was made before it was planned. 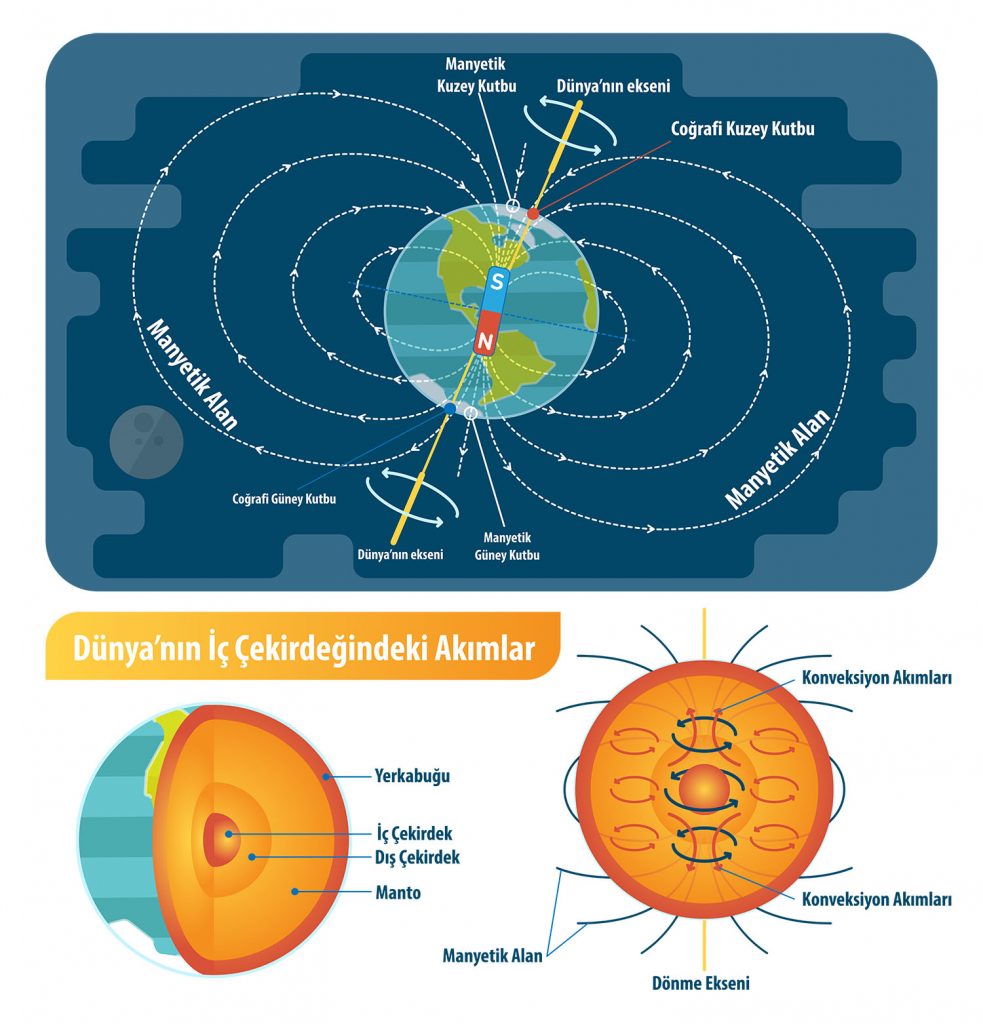 The updated model will neither cause the sun to rise in the west nor major changes in the earth. This change does not have any effect on the existence of human beings on earth. British Geological Survey emphasizes that the magnetic field shifts have been existed throughout human history and states that it has never created any situation which is a danger to life on the planet.

The unusual deviation of magnetic poles has been on the agenda since the beginning of 2019. In an article in Evrim Ağacı, it is stated that for the sun to rise in the west, what must change is the place of geographic poles, not a magnetic field, that is, the earth must turn upside down. The second possibility is the change in the direction of the earth’s rotation around itself, which is not scientifically possible.

According to a study published by National Geographic, the change may be about the swirl of liquid iron near Canada under the earth.

In the interpretation of the hadith, which was used by Takvim and Yeni Akit to explain the shift, it is stated in the website of the Directorate of Religious Affairs; “It should be more accurate to accept that the events reporting the religious corruption and moral deterioration in the hadiths are signs that demolish the individual and the society, rather than the signs of the destruction of the cosmic order of the universe.”

In conclusion, the claim that the sun will rise in the west because of the shift in the magnetic pole of the earth is not true. The post in question is an example of a “false context”.

The Washington Post, The North Pole is mysteriously moving, 7 February 2020

US National Geospatial-Intelligence Agency, Accuracy of the WMM2020

Nasa, As the World Churns

The Washington Post, The North Pole is mysteriously moving, 7 February 2020

US National Geospatial-Intelligence Agency, Accuracy of the WMM2020

Nasa, As the World Churns